First 4 Figures is proud to introduce their latest PVC statue collectible, The Great Grey Wolf, Sif SD. This is the fourth statue to release in the Dark Souls SD lineup. 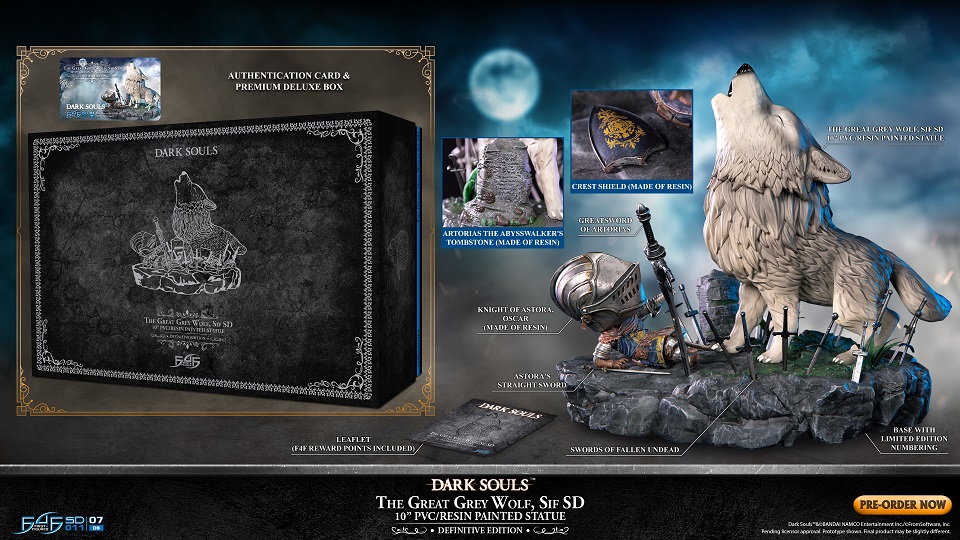 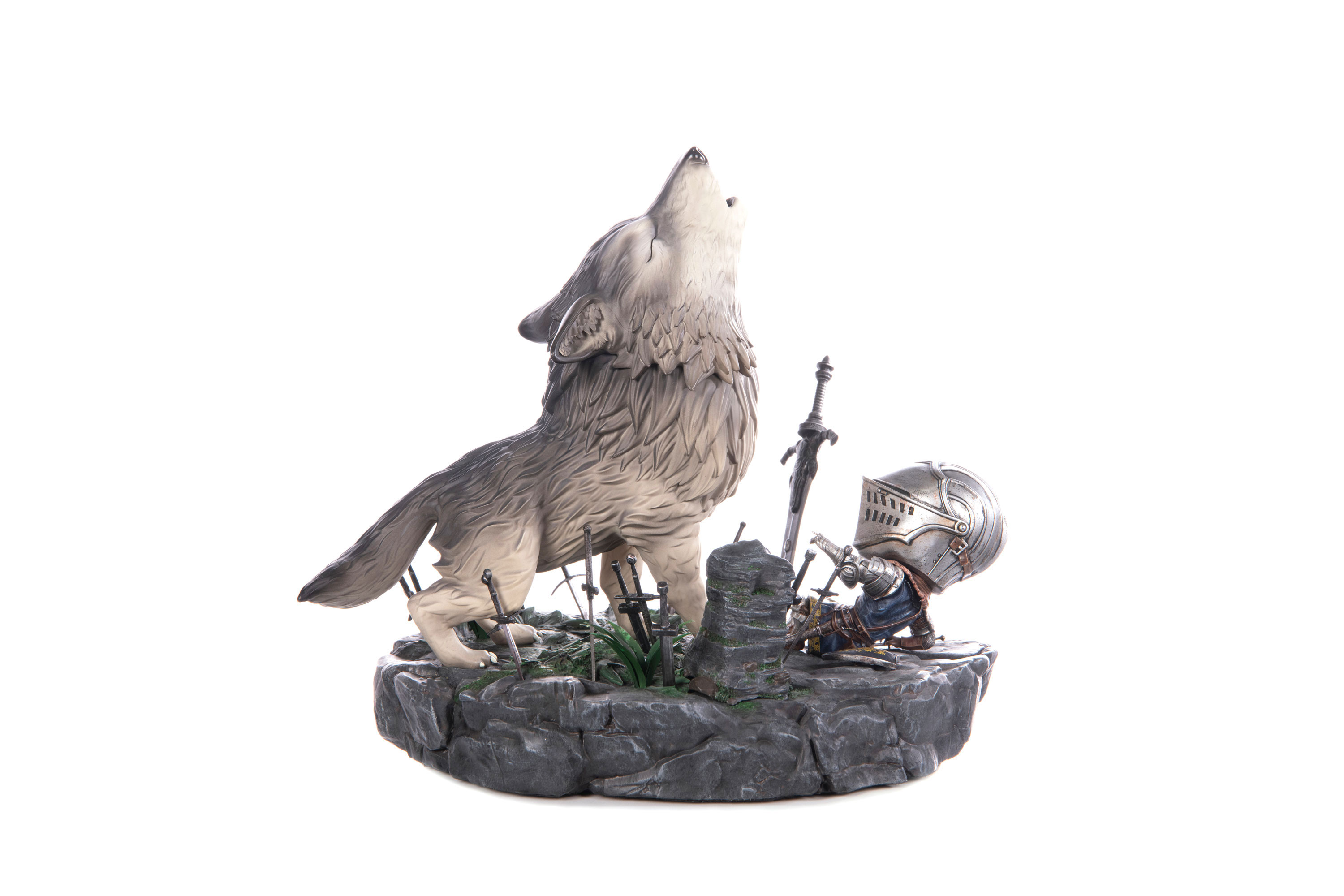 During the alternate cutscene, the player character falls on their back as The Great Grey Wolf, Sif slowly approaches them, and Sif will remember their familiar scent. As the player character stretches out their hand towards Sif, the saddened wolf will give off a mighty howl just before picking up the Greatsword of Artorias drilled into the ground to reluctantly face the player character.

The Definitive Edition of this statue captures that entire cutscene in statue form! Included with this edition are Knight of Astora, Oscar (who is meant to represent the player character), the tombstone of Artorias the Abysswalker, and the swords of countless undead, which are all key elements present in the boss room and the cutscene. Moreover, Oscar, his Crest Shield, the tombstone of Artorias, and the base are all made of resin in the Definitive Edition!

Lastly, you also receive First 4 Figures' beautifully designed signature Premium Deluxe Box that perfectly complements its contents and may serve as a display.


*Prototype shown. Final product may be slightly different. Product details may be subject to change without further notice.
**Statue numbers will be assigned randomlyThere is a cutscene that plays just before the start of The Great Grey Wolf, Sif boss battle, and there are two variations to this cutscene depending on how players progress through the game. This statue's concept is inspired by the alternate cutscene, which can be unlocked by first going through the contents of the Artorias of the Abyss DLC before facing Sif. And the design of the base helps to recreate the cutscene as well, as it replicates the mossy grounds of Darkroot Garden, which is where the events took place.
Dark Souls™ & ©BANDAI NAMCO Entertainment Inc. / ©FromSoftware, Inc.