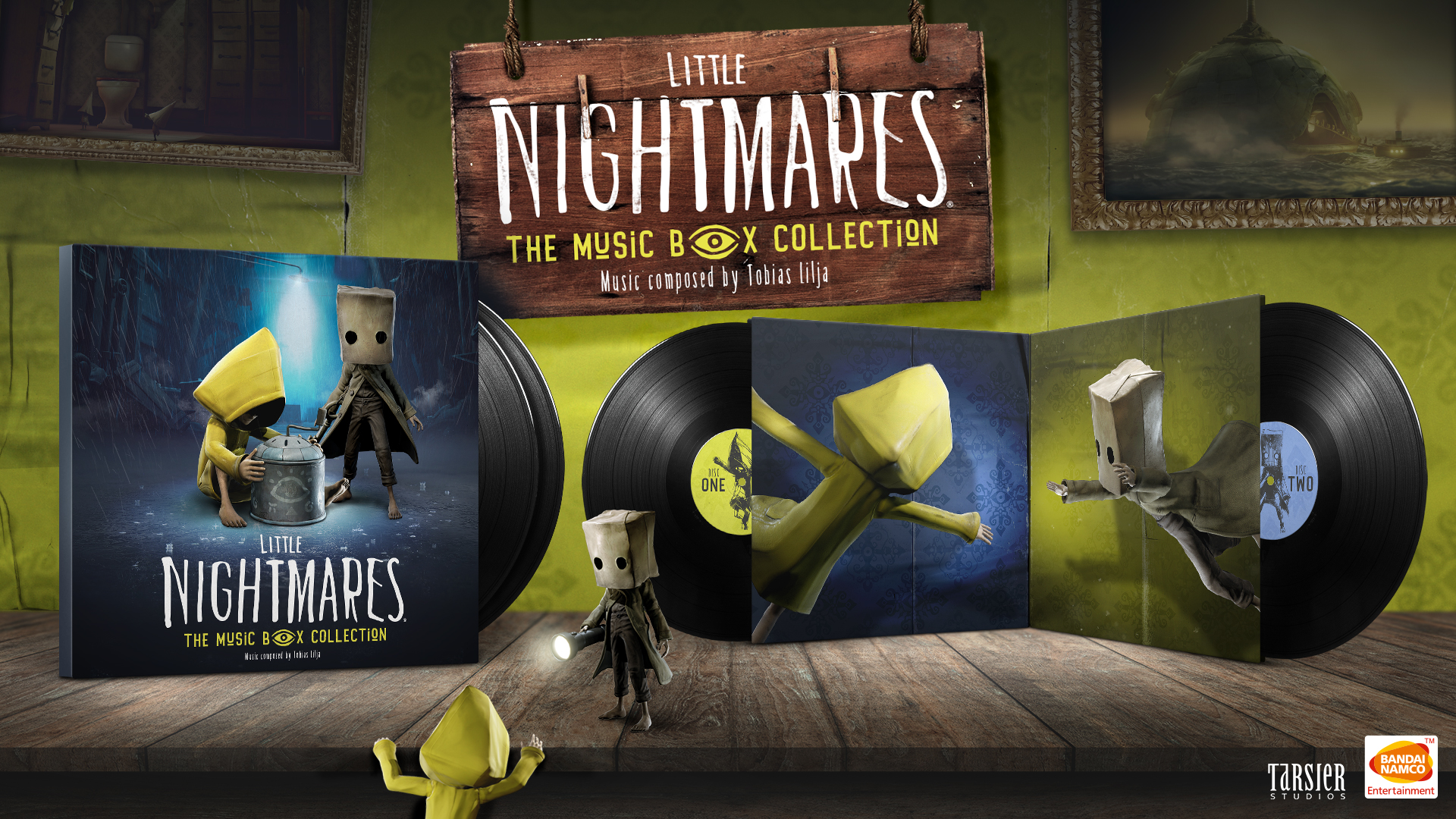 Tobias Lilja was born in the small Swedish town of Anderstorp in 1984. His musical interest was awoken at an early age. When he was 7 years old, he got Kraftwerk’s album The Man-Machine. It was the sounds that fascinated him most, the feel of them and their different textures.
In 2011, he started working as an audio designer for the video game studio Tarsier Studios in Malmö, Sweden. This is where he composed the music of the Little Nightmares games.

Little Nightmares soundtrack
Little Nightmares is a darkly whimsical tale about a girl called Six who must escape captivity from a vast, mysterious vessel called The Maw.
The soundtrack spans everything from the calm ambient pieces of the game’s explorative moments to the nightmarish industrial mayhem of the intense pursuit sequences.
The main building blocks are recordings of acoustic instruments such as music box, trombone, accordion and vocals - often heavily processed and filtered to create a surreal and otherworldly feeling. These are blended with sound elements from the game’s world itself – distant bangs on a metal hull, boat horns, pots and pans, metallic shrieks from a metal cage being dragged across a concrete floor – the goal being to create a blurred line between musical elements and environmental sounds.
Six’s presence is represented by naivist melodic motifs resembling children's rhymes - but with a bleak and nauseating twist that captures the deeply unsettling mood of The Maw and its influence on visitors.

Little Nightmares II soundtrack
Little Nightmares II is a suspense-adventure game in which you play as Mono, a young boy trapped in a world that has been distorted by the humming transmission of a distant tower.
Continuing on from where the soundtrack of the original game left off, Little Nightmares II goes beyond the claustrophobic chambers of The Maw and enters more open spaces. The range of emotions is richer and more dynamic, exploring not only the dread of being hunted by grotesque creatures but also feelings of togetherness and warmth.
Many of the melodic motifs are familiar, and so is the choice of instruments – children’s humming, music box and electric piano – but this time expanded by a wider range of musical styles and instruments tailored for each level of the game. The music for a seemingly dead forest is constructed out of recordings of a bowed acoustic guitar, while the music for a school inhabited by frantic bullies and a discipline-loving teacher explores jazzy drum fills accompanied by heavily detuned woodwinds.
At the core lies a “sound design approach” to music, where creative sampling techniques are used to expand and distort the natural range and sound of acoustic instruments without losing focus of the emotional connection to the characters at the center of the story.
The result is something surreal and otherworldly yet somehow familiar - much like the visual world of Little Nightmares II.