In the distant future, a psionic hormone is discovered in the human brain, granting people extra-sensory powers and changing the world as we know it. Unlock all the mysteries of a Brain Punk future caught between technology and psychic abilities in SCARLET NEXUS. 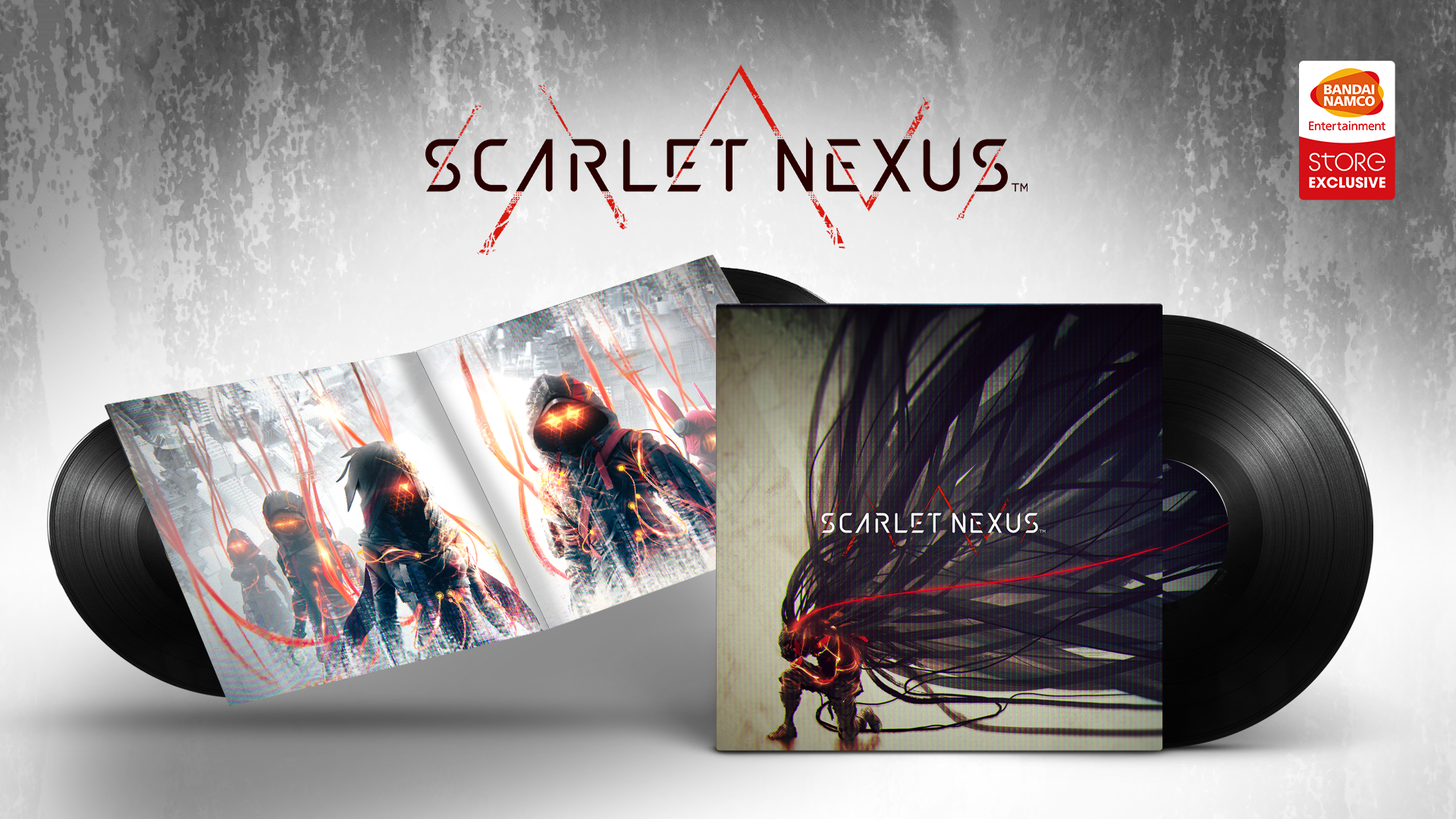 Contains 12 tracks from the soundtrack that built the incredible world of SCARLET NEXUS.
The music has been specially mastered for vinyl, and the tracks will be pressed onto audiophile-quality media.
What’s included:

The musical inspiration of SCARLET NEXUS results in a soundtrack composed of a maelstrom of genres to craft something unique for listeners. It combines pop and EDM music to match the game’s tone, rock music for combat sequences, jazz and fusion music for a silky-smooth atmosphere, noise music to make players feel ill-at-ease, and it includes Japanese instruments with sonorities inspired by traditional court music for a taste of Edo.
The melodies, tones, and spaces in the music give it a futuristic feeling to express the deep, profound world that players will discover, while there is also a sprinkling of “nostalgia,” which can be felt in the New Himuka 90s neopunk retro cityscape as well.
A bond, or Nexus, is invisible to the human eye and from a musical perspective; string instruments are the most expressive instruments to evoke a bond. Every time they are integrated into a piece, they reflect on the connection between the protagonists.
The game’s theme song, “SCARLET NEXUS,” looks to express the essence of the game’s worldview, getting rid of bright synths, and mainly using string instruments to express a deep bond between Kasane and Yuito, as well as the breadth, depth, and essence of the world of SCARLET NEXUS.
Muddy synths, dissonance, noise, and sound elements can also be heard in the tracks related to the Others, creating a more chaotic, foreign, and awe-inspiring impression, so listeners can experience the impact both visually and auditorily when they first see these bizarre entities.
Just like with the Others’ design, the music in SCARLET NEXUS is a patchwork designed to be a unique experience for listeners and players alike. Take a listen to the first Brain Punk music.