Let’s enter into the majestic world of Tales of Arise with these 4 LPs, available exclusively on the Bandai Namco Entertainment Store. 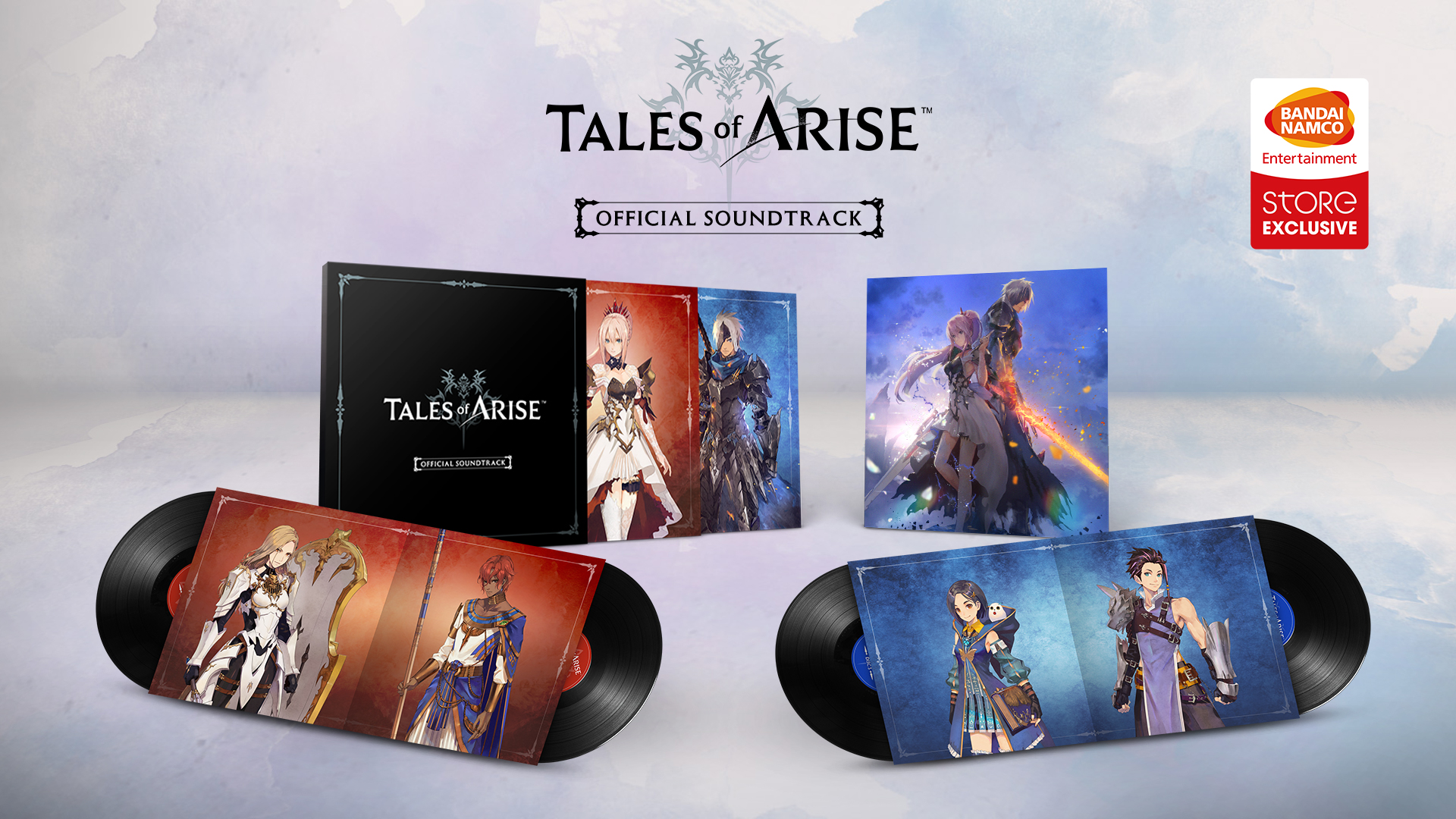 The music has been specially mastered for vinyl and tracks will be pressed to an audiophile-quality standard.
- 4 heavyweight, 180g LPs
- 35 tracks totalling two hours of music with exceptional quality
- 2 Gatefolds sleeves
- An exclusive Art print, on premium-grade paper - dimensions 30.5x30.5cm
- A premium hardcover Slipcase

Orders will ship in November 2021

THE ARTIST
Motoi Sakuraba
He is the sound creator of the "Tales of" series.
Formed a band while studying at Meiji University, and began creating music as a sound staff member at a video game company in 1989.
His representative works are the "Tales of" series and the "Baten Kaitos" series. In particular, he has been involved in the production of music for the "Tales of" series for 20 years, starting with the first "Tales of Phantasia". He also appears in the game as an NPC named "Sakuraba", a pianist.
Currently, he is a freelance composer, producing music for games, dramas, and anime, as well as performing in bands and at live events.

THE MUSIC - MESSAGE FROM THE ARTIST
“For the first time in the “Tales of” series, I was able to use a lot of live sounds, such as live strings, full orchestra, mixed chorus, and a band for the soundtrack.
In the past, I recorded piano, organ, accent drums, and other instruments that I know how to play, but this time I was able to record the composition I’ve always wanted to.
Although some of the music was created with digital instruments, I think the taste is a little different, and the songs longer, from previous “Tales of” music I've worked on.
It's been a while since Tales of Berseria, so I composed this song with a fresh feeling and a good musical direction as a reboot. I hope you enjoy it!”
Motoi Sakuraba

TALES OF ARISE
For 300 years, Rena has ruled over Dahna, pillaging the planet of its resources and stripping people of their dignity and freedom.
Our tale begins with two people, Alphen and Shionne, born on different worlds, each looking to change their fate and create a new future.
Featuring a diverse cast of characters, an intuitive and rewarding combat system, and a captivating story set in a lush world worth fighting for, Tales of Arise delivers a first-class JRPG experience.

DISC 1
SIDE A
SIDE B

DISC 2
SIDE C
SIDE D