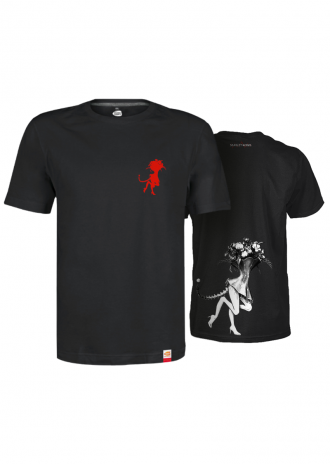 This exclusive t-shirt represent a Vase Paws: deranged mutants that descended from the sky, highly resistant to conventional attack methods and defenses.
Tormented by the constant pain of their mutation, they seek brains of living organisms to calm their madness.

If this Paws were to get into the soil of an everyday flowerpot, you’d never be able to tell it apart from a regular flower.
When it spots prey from afar, it will jump with terrifying power and home in with a kick attack.
Only OSF members are able to take on this threat.