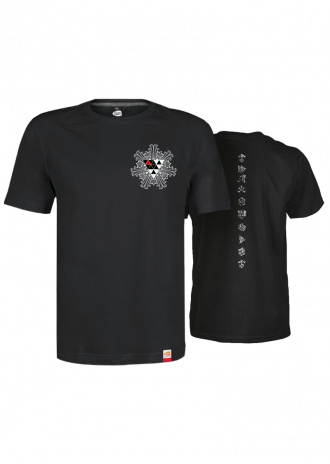 This exclusive t-shirt represents your allegiance to the Other Suppression Force.

In Scarlet Nexus, you will play as a Yuito Sumeragi or Kasane Randall, members of the Other Suppression Force (OSF), who are tasked with using their powerful psionic abilities to protect humanity.
The OSF has been recruiting new members every year for the past 560 years; each has special powers to help fight back against the Others. Using the Struggle Arms System to connect their brains, they can use each other’s powers.
The Kanjis on the back of the t-shirt each represent one of the heroes of Scarlet Nexus and their powers.