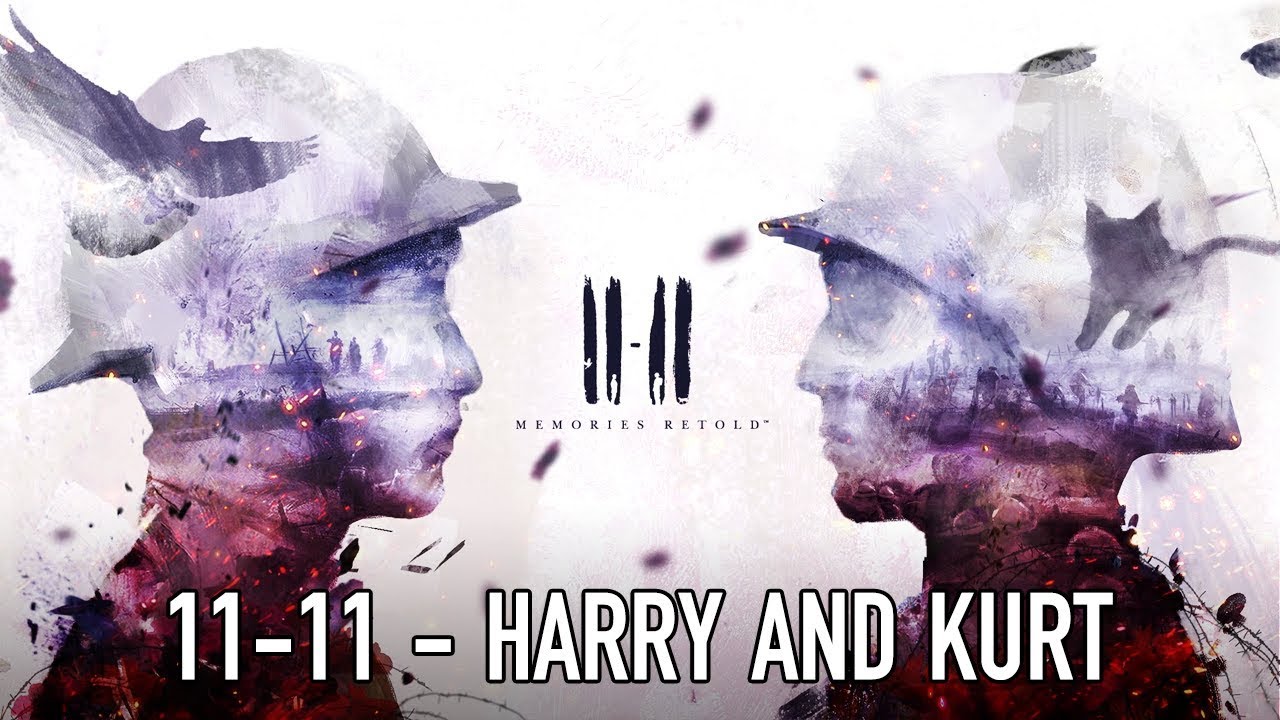 11th November 1916, a young photographer leaves Canada to join the Western Front in Europe. The same day, a German technician is told that his son is missing in action on the front…

They will discover the reality of war, crossing paths, on the front, and the rear, trying to preserve their humanity for their loved ones in the face of disastrous events… If they can come back.

At 11am the 11th Day of the 11th Month of year 1918, they will face the biggest decision of their lives… This is the moving story of the end of World War One.

AN ARTISTIC GEM
Brought to you by the multiple award-winning studio Aardman and Digixart in collaboration with amazing talents from narration, music production and voice acting, 11-11 Memories Retold is a gigantic living painting depicting what it means to be drawn into war.

A COMPELLING WAR DRAMA
Live the moving story of Kurt, Harry and their animal companions inspired by the tragic events of World War I. Try to preserve your humanity on opposite sides of the war and come back alive to your loved ones while being confronted with the greatest and worst men are capable of.

A MEANINGFUL EXPERIENCE
Offering a different take on war that goes far beyond mere entertainment, 11-11 Memories Retold is an antithesis to the common shooters. It ambitions to celebrate peace and echo the centenary of World War I so that the younger generations never forget.