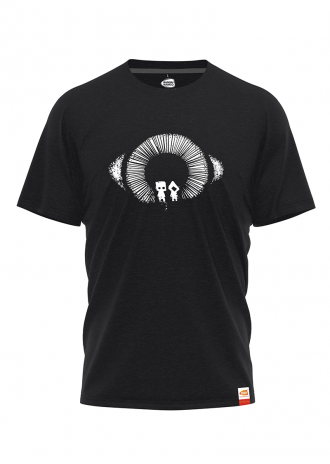 
Return to a world of charming horror in Little Nightmares II, a suspense adventure game in which you play as Mono, a young boy trapped in a world that has been distorted by the humming transmission of a distant tower. With Six, the girl in the yellow raincoat, as his guide, Mono sets out to discover the dark secrets of The Signal Tower. Their journey won't be easy; Mono and Six will face a host of new threats from the terrible residents of this world.

Two little children, practicing tricks, one named Mono and one named Six.
Run away Mono, run away Six! If the Thin Man gets you, there’ll be nothing left to fix.